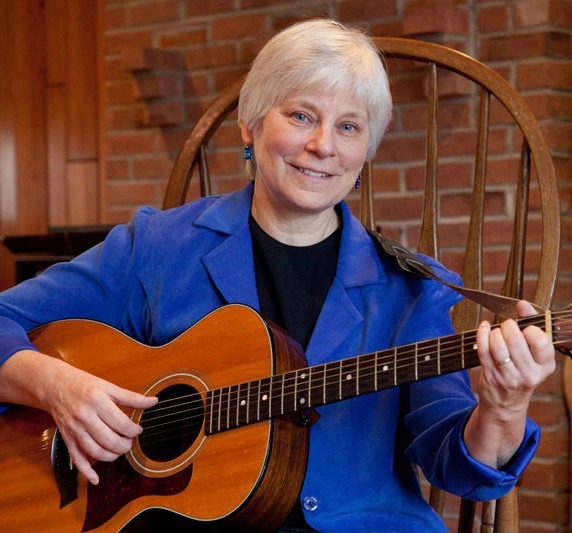 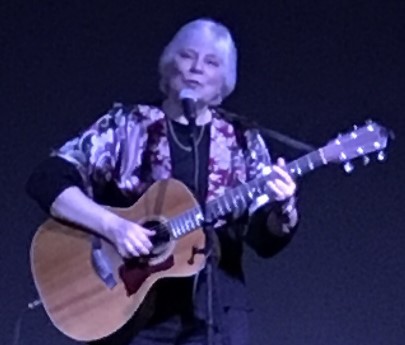 Heather Forest's unique minstrel style of storytelling blends original music, folk guitar, poetry, prose and the sung and spoken word. She has toured her repertoire of world folktales for the past thirty years to theatres, major storytelling festivals, and conferences throughout the United States and abroad.

Heather Forest has recorded eight albums of storytelling. "Songspinner: Folktales and Fables Sung and Told" won a 1982 National Library Association Notable Record Award. "Tales of Womenfolk," a collection of feminist folktales, features courageous and resourceful heroines from world folklore. Two collections of musical folktales for younger listeners, both "Sing Me A Story" and "Tales Around the Hearth," present classic nursery stories and have received the National Parenting Publications Gold Award for 2006. Her recording, "The Eye of the Beholder," featuring a unique musical version of "Beauty and the Beast” won the 1993 Parent's Choice Gold Classic Award. Her musical collection of Aesop's fables, "The Animals Could Talk," published with a libretto, won a 1994 Parent's Choice Gold Award. "Wonder Tales from Around the World," with cello accompaniment by Emily Metcalf received a 1996 Storytelling World Honor Recording Award. Its sequel, "World Tales of Wisdom & Wonder" received a 2003 Storytelling World Honor Recording Award.

Ms. Forest has written seven children's picture books based on folktales. Her first book, "The Baker's Dozen: A Colonial American Tale" (Harcourt Brace Jovanovich, 1988) won an American Institute for Graphic Arts Award and was selected by the Children's Literature Center of the Library of Congress to be part of a traveling book exhibit sent to Russia in celebration of the 1989 Year of the Young Reader. Her second book, "The Woman Who Flummoxed the Fairies: An Old Tale From Scotland" (Harcourt Brace Jovanovich, 1990) is a Junior Library Guild Selection and was chosen as a Pick of the Lists for 1990 by the American Booksellers Association. "A Big Quiet House: A Yiddish Folktale from Eastern Europe," (August House, 1996) was an American Booksellers' Pick of the Lists. Her newest picture books, published by August House include "Stone Soup" (1998) a Parent’s Choice Selection, "Feathers: A Jewish Tale from Eastern Europe" (2005), "The Little Red Hen" (2006), chosen as a New York Public Library's 100 Best Children's Books for Reading and Sharing, and "The Contest Between the Sun and the Wind: An Aesop's Fable" (2008).

Ms. Forest has been selected as a recipient of the 1997 Circle of Excellence Award presented by the National Storytelling Association.

Ms. Forest holds a Masters Degree in Storytelling from East Tennessee State University and a Ph.D. in Leadership and Change from Antioch University . She is founder and Executive Director of Story Arts, a cultural arts organization in Huntington , New York , U.S.A. that presents storytelling concerts and workshops in schools, theatres, and community centers in the Long Island , New York area.

Ancient and Epic Tales from Around the World
A multicultural collection of artfully retold ancient stories
The Contest Between the Sun & the Wind
Celebrating the power of gentleness.
The Little Red Hen: An Old Fable
The joys and chaos of working together

Feathers
Words like feathers fly...May all your words be kind!
Stone Soup
A tale about generosity.
A Big Quiet House A Yiddish Folktale from Eastern Europe
A celebration of point of view
The Woman Who Flummoxed the Fairies
A Magical Baking Tale
The Baker's Dozen A Colonial American Tale
A lesson in generosity
Loading…}